Listen, O heavens, and hear, O earth;
For the Lord speaks,
“Sons I have reared and brought up,
But they have revolted against Me.
“An ox knows its owner,
And a donkey its master’s manger,
But Israel [The United States] does not know,
My people do not understand.”
Alas, sinful nation,
People weighed down with iniquity,
Offspring of evildoers,
Sons who act corruptly!
They have abandoned the Lord,
They have despised the Holy One of Israel,
They have turned away from Him.

Behold, I am going to stir up the Medes against them,
Who will not value silver or take pleasure in gold.
And their bows will mow down the young men,
They will not even have compassion on the fruit of the womb,
Nor will their eye pity children.
And Babylon, the beauty of kingdoms, the glory of the Chaldeans’ pride,
Will be as when God overthrew Sodom and Gomorrah. 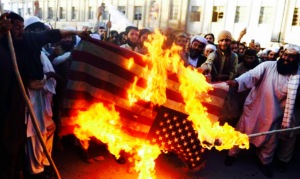 I had to seek the LORD both on whether or not I was to release this dream and if so, when was I to release this dream. I feel now is the time to share the warning of what is going to take place in the United States, under the direction of THE antichrist who currently occupies the White House:    Barak Hussein Obama 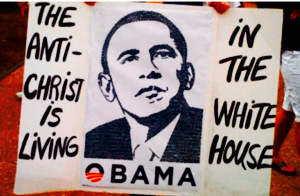 On awakening this morning (4-15-16), this is what the Holy Spirit revealed to me and I quote:

“Obama will unleash terrorism on the United States this summer”

I do not have a specific date or month; I was only told “this summer”.   I don’t like sharing this type of revelation, however, all will know soon enough if this is indeed a true word from the LORD. What I can tell you right now: this makes my heart GRIEVE to have to share the truth of this matter.

I do hope and pray this will be held off as long as the Heavenly Father will allow, yet I know the “Islamic Day of Wrath” is going to unfold throughout the United States in a manner MOST could not even imagine. I continue to pray for the Father to remember mercy in the midst of the judgment, for we as a nation are under SEVERE and RIGHTEOUS judgement. 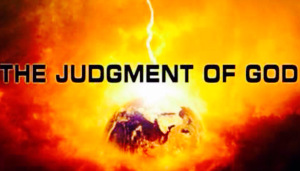 Note: my hostess (where I staying at the time) told me this sometimes happens when the batteries are low and need to be changed.

I finally settled down enough to go back to sleep and had the following dream later that morning:

I was seeing what I knew were plans of Islamic terrorists to have a massively coordinated “day of wrath” jihad against the United States. I either heard or thought “this is the ‘day of wrath'” (referring to what “The Hawk” has discussed on his radio program, about the book “The Day of Wrath” by William Forstchen”).

I saw strategic plans written up on a huge map, of one particular area, where the jihadis would be positioned and what plan of attack they will be using. I saw helicopters drawn on the map that would be used to crash into the hospital entrances.

I was then on the actual site that the map was illustrating and saw what I knew were jihadis going into position. They were everywhere, both inside of the hospital and coming in from all directions outside. They had civilian clothes on, with the exception of the women. I saw all of these islamic women in chadors (the Iranian version of a covering that comes in one piece).

Note: my first husband was Iranian, so I’m very aware of the culture and even was able to speak a little bit of Farsi at that time (the 1980s).

I was aware that I was serving as a “spy for the LORD” and could see all of these things happening right in plain sight in the middle of the day.

I saw the Islamic women being placed in groups outside and away from where the destruction would take place. Oddly, nobody seemed to notice this was taking place, with the exception of a few non-Muslims who also knew what was happening. None of us could do anything to stop this from happening.

I brought out a black and gold chador and put it on, so I could freely move about these Muslims and observe what was occurring (Again, as a “spy for the LORD”). 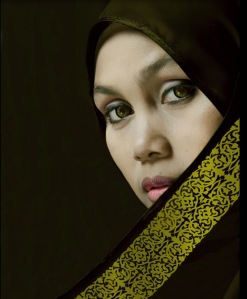 A young Islamic man, who was corralling the women into a group told me: “I see you moving around, you must stay with the women” .

I walked up to him and said, “but I have to go to the bathroom”. He said something else, but did not stop me. I understood he wanted me to come back to that group when I was done.

I continued moving about, making my way over to a non-Muslim person, whom I knew was “awake” (understood what was about to take place).   I removed the chador off of my face and whispered, “it’s me, Linda”, to let him see who I was and for him to know I was in disguise. I asked him if I could borrow his walkie-talkie, so I could call the police to alert them to what was going to happen. That person gave me the walkie talkie, but a few minutes later I realized I was unable to use it, because the jihadis would then hear it.

Again, there was seemingly nothing I nor anybody else could do to either stop this jihad, or get assistance to stop it.  This was going to take place.

I continued to observe what was taking happening around me, watching more of the Islamic terrorists take their positions. I even saw how the entrance to the hospital was clear of any Muslims, in prep for the helicopter crashing into it.

I continued walking around, observing the set up, while still wearing the chador. I went over to what appeared to be a three-sided, tent-like enclosure, that had a covering over the top of it. It was dark in there, but I knew somebody was inside. I saw people in front of that tent-like thing, who were unaware of the danger that was so close to them. This being in the tent started to aim what appeared to be a 1 1/2″ pipe, which I knew was going to spew forth deadly dark smoke. I turned it back on that being and it started coughing and choking. I was at least able to prevent that dark smoke from being unleashed.

I started heading over to where a group of Islamic women were standing, when suddenly a young Islamic man came over to me and started speaking Arabic or Farsi (Persian). I was miraculously able to understand what he was saying. He handed me a folded up document.

I replied in Farsi, “Khaylee-mahm-noon” and “kho-dah-ha-fez”, which is “Thank you very much” and “good bye”.

I then went over to where the women were and saw they all had similar-looking documents. I looked and saw they were the Islamic version of an Insurance policy. When their jihadi husbands were killed, they would be given a monthly income.

I then looked at the document I had been given. It had a name scratched out, with the name “Mary” written in, and a description of me written on that document. I saw I had been given a jihadi insurance policy by that young man, with me being referred to as the beneficiary (even though my name is not “Mary”).

As I awakened, I saw the red light still flashing on the smoke detector in my room. The Holy Spirit brought back to memory the alarm that went off. I was given the understanding that this Islamic “day of wrath” will happen suddenly and unexpectantly, just like that alarm going off in the middle of the night. I also understood that red light flashing on the smoke detector was a visual of “warning, warning, warning” by the Holy Spirit. THIS IS GOING TO HAPPEN (the Islamic Day of Wrath).

I sought the LORD about this experience/dream. What I understand is this WILL happen and it will be a highly coordinated “event” that is going to take place. I don’t have specific interpretation for the details of this dream, I just understand again that the “Islamic Day of Wrath” will occur in the United States and it WILL be under the direction of Obama, who is THE antichrist and the prophesied Iranian Muslim “12th Imam” (the Mahdi).

There are no prayers that will stop this from occurring; it is a part of the judgement upon our land, the United States. We are going to reap what we have sown.

The LORD said to me: “they will either be with me or they will not”.

I understood that to mean, when the sudden destruction happens, those who perish will either be suddenly with the LORD at that moment, or they will be eternally apart from Him (in hell, then at the judgement seat of Christ, thrown into the lake of fire).

I went into prayerful petition to the Heavenly Father, begging for His MERCY in the midst of this coming destruction. I asked that He grant all the final opportunity to have their spiritual eyes and ears opened, even if during the final moments of their lives in the coming destruction, to call on the name of Jesus, that they might be saved. I did not get a response back from the LORD, but do have the Scriptures:

At this point, it is VERY ETERNALLY DEADLY to not be fully repentant AND to have a fully submitted life to the LORD Jesus. Forgiveness of ALL who have sinned against us is also VITAL, for if we have not forgiven, so we will not be forgiven and will be heading into the Lake of Fire.

This “and suddenly” “Islamic day of wrath” and destruction WILL happen. It’s just a matter of time.

I had the following as a part of my Tom Horn newsletter email today (3-31-16), which is confirmation to this dream:
http://skywatchtv.com/2016/03/31/top-jihadist-claims-brussels-paris-terror-rehearsals-big-attack-coming-u-s/

On 4-6-16 – I came across this Perry Stone warning on Jim Bakker’s website:

5-10-16 ~ The following article came out in All News Pipelline (see link below).  Please note this statement in the article:

“Just in time to help bring down the current system and bring in a ‘new world order’, the ‘Anonymous Collective’ cyberhackers have launched “Operation Icarus”, a month-long series of attacks upon the global banking system with specific focus upon the Central Banks worldwide. Seemingly in lockstep, preparations are also taking place in New York and elsewhere across the country for massive terror attacks, including the Department of Homeland Security releasing a ‘non-poisonous gas’ into the New York city subway system in a ‘bioterrorism drill’ happening this week.”

HEAD’S UP!!!
5-23-16 ~ Obama’s “Jr. Varsity Team” (ISIS) calls for attacks on the United States and Europe during their demonically-inspired moon god month of Ramadan.

“Adnani also called for attacks on the United States and Europe during the . . . . month of Ramadan, which starts in early June this year, an appeal he made at the same time last year when urging supporters to seek “martyrdom””

ANY ADS LOCATED ON MY BLOGS ARE NOT MY CHOICE, NOR DO I ENDORSE ANY OF THE THEM. . . I have a free account from WordPress, which may place ads of their choosing on my posts. I suppose it’s a good example of “you get what you pay for”. Currently “free” is all I can afford, but THANK YOU JESUS, I’m able to do this at all.