Revelation 4:2-3 – “Immediately I was in the Spirit; and behold, a throne was standing in heaven, and One sitting on the throne. And He who was sitting was like a jasper stone and a sardius in appearance; and there was a rainbow around the throne, like an emerald in appearance.” ~ ~ ~

I was taken up and was heading towards the LORD’s Throne in Heaven. 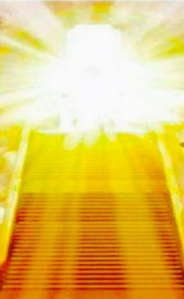 He was seated on the throne and was so bright, it was impossible to even see His form.

I was weeping and crying out “Jesus” . . .”Jesus”.  I kept calling out His name in tears and joy at being in His presence.

I was at the bottom of a stairway that led up to the throne, then suddenly He was standing right beside me in His human form.

I had tears streaming down my face, with JOY at being beside Him. He put his arm around me and gave me a hug as He continued standing at my right side.

He communicated to me, without words:   “1/3 of mankind has been destroyed”.

While still standing beside Jesus, I had an open vision:

I suddenly saw what appeared to be devastation on earth, with huge amounts of water covering what I knew to be a large city.

I didn’t know where it was.

I then saw a lion jumping up out of the water in attack mode, heading towards us, but he could not reach us.

I then was back on earth.

In this dream, I didn’t know what caused the destruction of 1/3 of mankind, all I remember is seeing all of the water related to the destruction, while looking at a large city.

I believe the lion in this dream was symbolic of satan; he will be fully manifesting in the Anti-Christ after what appears to be a “mortal head wound” (Revelation 13:3).

1 Peter 5:8-9 – “Be of sober spirit, be on the alert. Your adversary, the devil, prowls around like a roaring lion, seeking someone to devour. But resist him, firm in your faith, knowing that the same experiences of suffering are being accomplished by your brethren who are in the world.”

——> I FEEL THE URGENCY TO WARN PEOPLE: WE MUST BE CLEAN IN OUR WALK WITH JESUS!!!

He is coming back much sooner than most will believe, or be prepared for. We do NOT want to be around when the Wrath of God is poured out on mankind, which starts at the trumpet judgements.

PLEASE DON’T WAIT ANY LONGER. . . . seek the Lord while He may be found.

TODAY may be your last day to be alive on this planet:

ARE YOU READY TO FACE JESUS AS KING of kings and LORD of lords?

The first angel blew his trumpet, 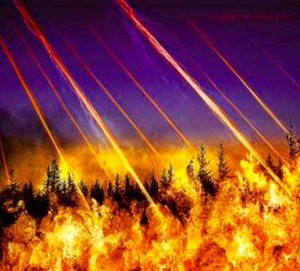 and there came hail and fire, mixed with blood,and they were hurled to the earth;

and a third of the earth was burned up,

and a third of the trees were burned up,

and all green grass was burned up.

The second angel blew his trumpet,

and something like a great mountain, burning with fire, was thrown into the sea.

A third of the sea became blood,

a third of the living creatures in the sea died,

and a third of the ships were destroyed.

The third angel blew his trumpet,

and a great star fell from heaven, blazing like a torch, and it fell on a third of the rivers and on the springs of water.

The name of the star is Wormwood. A third of the waters became wormwood, and many died from the water, because it was made bitter.

The fourth angel blew his trumpet,

Then I looked, and I heard an eagle crying with a loud voice as it flew in midheaven, “Woe, woe, woe to the inhabitants of the earth, at the blasts of the other trumpets that the three angels are about to blow!”

And the fifth angel blew his trumpet,

and I saw a star that had fallen from heaven to earth,

and he was given the key to the shaft of the bottomless pit;

but only those people who do not have the seal of God on their foreheads.

They were allowed to torture them for five months, but not to kill them,
and their torture was like the torture of a scorpion when it stings someone.

And in those days people will seek death but will not find it;  they will long to die, but death will flee from them.  In appearance the locusts were like horses equipped for battle.

On their heads were what looked like crowns of gold;
their faces were like human faces, their hair like women’s hair, and their teeth like lions’ teeth;
they had scales like iron breastplates,  and the noise of their wings was like the noise of many chariots with horses rushing into battle.

They have tails like scorpions, with stingers, and in their tails is their power to harm people for five months.

They have as king over them the angel of the bottomless pit;
his name in Hebrew is Abaddon, and in Greek he is called Apollyon.

The first woe has passed. There are still two woes to come. 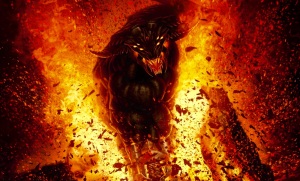 “Release the four angels who are bound at the great river Euphrates.”

So the four angels were released, who had been held ready for the hour, the day, the month, and the year, to kill a third of humankind.

The number of the troops of cavalry was two hundred million;

I heard their number.  And this was how I saw the horses in my vision:

the riders wore breastplates the color of fire and of sapphire and of sulfur;
the heads of the horses were like lions’ heads, and fire and smoke and sulfur came out of their mouths.

By these three plagues a third of humankind was killed,
by the fire and smoke and sulfur coming out of their mouths.
For the power of the horses is in their mouths and in their tails;
their tails are like serpents, having heads; and with them they inflict harm.
The rest of humankind, who were not killed by these plagues,
did not repent of the works of their hands or give up worshiping demons and idols of gold and silver  and bronze and stone and wood, which cannot see or hear or walk.
And they did not repent of their murders or their sorceries or their fornication or their thefts. 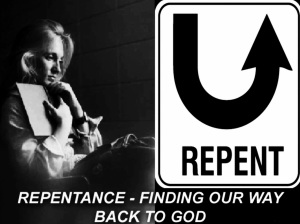 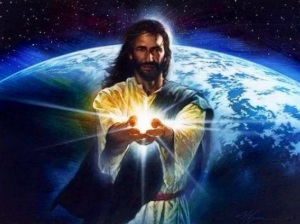 “I See the LORD” sung by Lindell Cooley